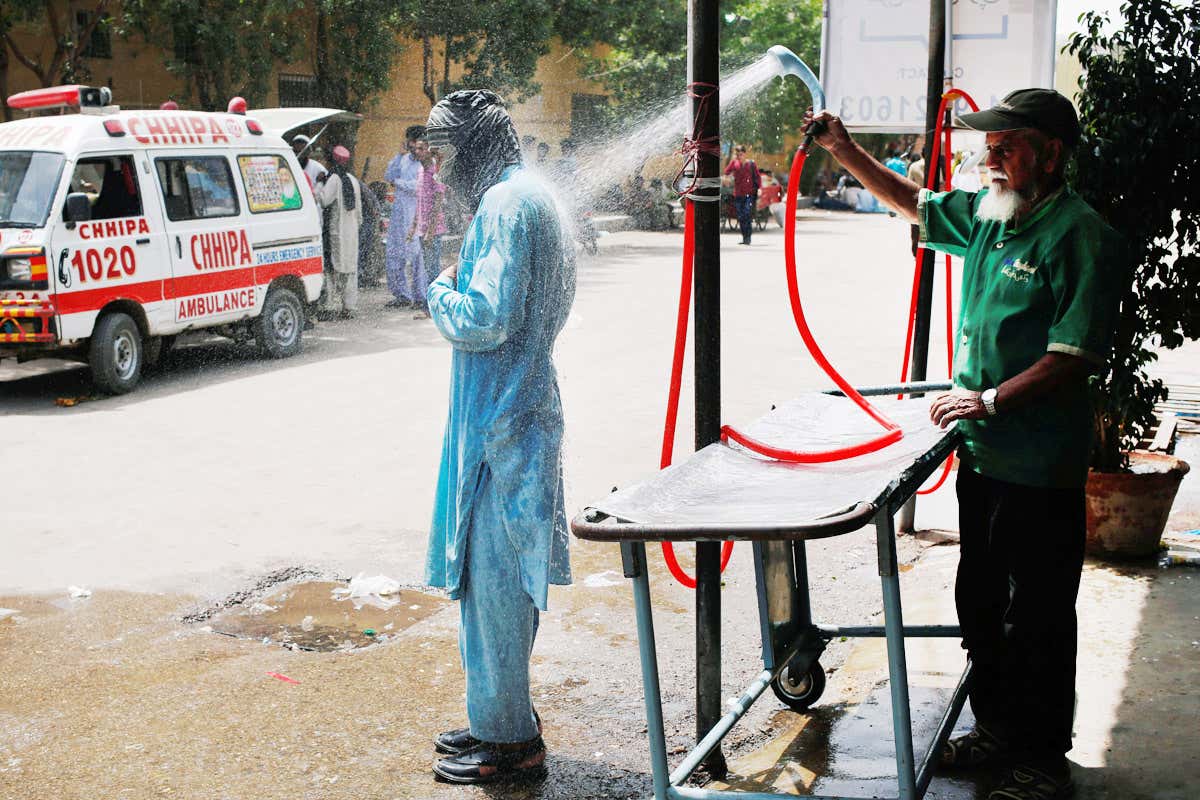 Global warming has already made parts of the world hotter than the human body can withstand, decades earlier than climate models expected.

Measurements at Jacobabad in Pakistan and Ras al Khaimah in the United Arab Emirates have both repeatedly spent at least 1 or 2 hours over a deadly threshold, an analysis of weather station data has found.

Wet bulb temperature (TW) is a measure of heat and humidity, taken from a thermometer covered in a water-soaked cloth. Beyond a TW threshold of 35°C, the body is unable to cool itself by sweating. Lower levels can also be deadly, as was seen in the 2003 European heatwave, which killed thousands of people without passing a TW of 28°C.

Tom Matthews at Loughborough University, UK, and his colleagues analysed weather station data from around the world, and found that the frequency of wet bulb temperatures exceeding a series of temperature intervals between 27°C and 35°C had all doubled since 1979.

Most frequency increases were in the Gulf, India, Pakistan, the US and Mexico. But at Jacobabad and Ras al Khaimah, a TW of 35°C appears to have been passed, the first time the breach has been reported in scientific literature.

There is a degree of uncertainty, because there could be flaws with individual weather stations, such as how they are calibrated or where they are sited, but Matthews says the overall picture is clear.

“The crossings of all of these thresholds imply greater risk to human health – we can say we are universally creeping close to this magic threshold of 35°C,” he says. “It looks like, in some cases for a brief period of the day, we have exceeded this value.”