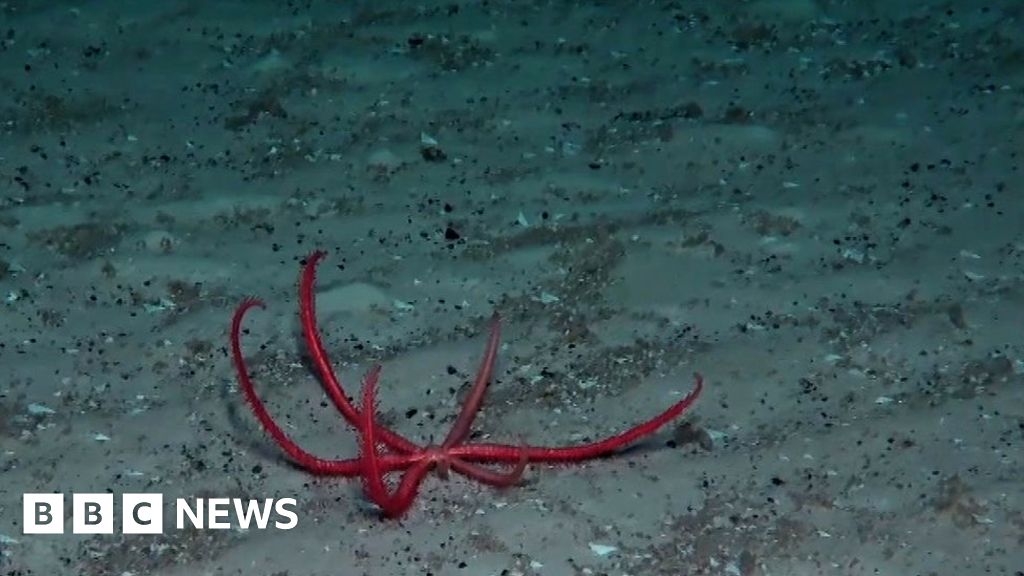 Researchers studying the ocean at depths of up to 6km have found that climate change has a "worrying" effect on its ability to lock away carbon.

The latest discovery comes from the International "i-Atlantic" project.

It has revealed that - if global temperatures increase to levels predicted - the ocean will not be able to provide what is currently Earth's largest long-term carbon store.
One third of the carbon dioxide in our atmosphere dissolves in the ocean.

It therefore acts as an important buffer against rising temperatures.

Carbon is one of the chemical elements in the key planet-warming gas known as carbon dioxide (CO2).
CO2 from the atmosphere can be taken up by the ocean, where the carbon within it can be stored in a different form - such as carbonates.

However, this stored carbon has the potential to be released back into the atmosphere at a later date as CO2, where it can contribute to global warming.

When the carbon dioxide taken up by the ocean is used in photosynthesis by marine plants, it becomes part of a cycle that has stored billions of tonnes of carbon in the deep ocean - and its muddy floor.

The researchers say their latest experiments show that this cycle is disrupted by rising ocean temperatures.

They then incubated those samples at deep ocean temperatures that are currently predicted for the end of this century.

"This deep 'abyssal' ocean covers 60% of our planet and we're finding that, under higher temperatures, we can store less carbon in these places," said Prof Murray Roberts from the University of Edinburgh.